That’s the last president in the picture,
looking as if he still leads our great land.
I can’t help to wonder about him; all
his talk of giving people their demands.
But don’t linger too long on him. You
should admire this painting of our founding
fathers. They understood the true purpose
of the republic, at first sounding
to give only land owners the right to
vote. Don’t even teach this in school these days,
do they? Preferring instead to fill
impressionable minds with fairy tales
about equality and good will. Kid,
what they wrote to Georgie the greedy king
was just trash. Only that dimwit Jefferson
actually believed it. You still looking
at that picture? No, I would not take it
down; he was a leader of the greatest
nation on Earth, and his election must
always stand—a reminder that (the best)
humble stockbroker like me can be
president. But that one, well, we can show
his heart bled the wrong color—not blue like ours.
If too many are free than none are, we know.
We must take our cue from the ancient Greeks;
the only true democracy to exist
had more slaves within her walls than franchised.
Neither he nor his party understood this.
Too generous to the masses by far.
And he was tough, charismatic, I confess.
We could not allow him to prevent us from
legislating power to big business,
indebting consumers to them for life.
Why couldn’t he see what we’d given him?
We could not tell him (he would not listen),
“Your ideas are nothing more than a whim.”
He disgusted me; he sickened us all.
Oh, sure, he respected the elite,
but he pretended to care for everyone.
No, it was not true, but he would still defeat
us, ruin us soon enough. Look at that
charming smile on his arrogant face!
As if he still leads this great land.
But we did not let that stand in place.
Now he leads no one, except perhaps the
assembly line. So you might as well forget
him now; Congress is meeting in
the chamber below, and I have no regrets,
only duties, there. You, my intern, should attend.
I promised to teach you all I know
about regulation. What is your name again?
Oh, not from a prominent family, are you?
Perhaps I’ve said too much.
Then again, you could make a fine
politician. You might have the touch.
Now here’s a portrait of a truly great man—
Alexander Hamilton in his study,
who had a fairly ingenious plan—
provided by our patron, the Bank of America!

(I wrote this for my poetry class at TU. It is an allusion to Robert Browning’s “My Last Duchess.” At the time, I was stil naive enough to think Obama would be a good president. I should have known better, of course). 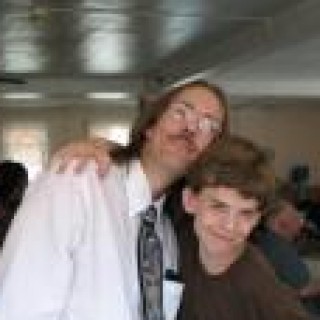